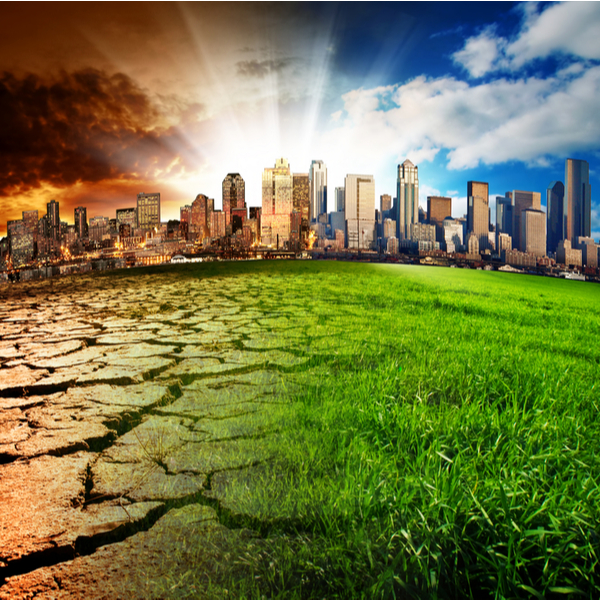 The Bank of England this week indicated the UK economy will move into recession during 2022 as wholesale energy prices edge inflation above 10 per cent. The Bank forecasts also predict the UK economy is likely to contract by 1% during Q4 this year, as gas and electricity prices rise once again by an expected 40 per cent in October. Further rises in energy bills is likely to push inflation towards 10.2 per cent in the fourth quarter this year, the highest in 40 years, slashing real household incomes (as wages fail to keep pace), adding to the current impacts of both COVID-19 pandemic and Brexit. As a result, the fundamentals of the UK economy will inevitably change — particularly the potential to create persistent inflationary cycles.

The Bank forecasts also predict the UK economy is likely to contract by 1% during Q4 this year, as gas and electricity prices rise once again by an expected 40 per cent in October.

Despite forecasting a severe fall in household incomes, the Bank voted to further burden households, raising UK interest rates to 1 per cent, the highest level since 2009, and will continue to increase interest rates as the economy demands to prevent further inflationary pressures.

What about Climate Change? It’s hot out there!

Average global temperatures have risen by 1.2C; Climate change brings with it the increasing risks. Marine species face particular risks related to water warming and oxygen depletion. Under a “business-as-usual” scenario, as global temperatures continue to rise, marine systems will likely experience mass extinctions on a par with past great extinctions, based on eco-physiological limits.

For the second year running, NOAA scientists observed a record annual increase in levels of methane in our atmosphere; the powerful, heat-trapping greenhouse gas and second largest contributor to human-caused global warming after carbon dioxide. As the climate crisis continues to unfold around the world, weather patterns continue to be disrupted, increasing the likelihood of multiple hazards occurring in shorter periods, with compounding effects even more devastating than previously.

Soil degradation also contributes to loss of plant and animal species, exacerbating the climate crisis by reducing the Earth’s ability to absorb and store carbon. Climate-smart agriculture and nature-based solutions, such as carbon sequestration are important means of dealing with the accelerating impacts of climate change. Drastically reducing global emissions offers substantial protection, which emphasises a need for rapid action to prevent possibly catastrophic scenarios described.

And the air we breathe…. Yuck!

Virtually every home in the UK is subjected to air pollution above World Health Organization (WHO) Guidelines, according to the most detailed map of dirty air to date; More than 97% of UK addresses exceed WHO limits for at least one of three key pollutants, while 70% of addresses breach WHO limits for all three.

The WHO describes air pollution as the biggest environmental threat to human health and a public health emergency, with the UK resulting in at least 40,000 early deaths a year as a consequence of air quality.

In the UK, we face two major problems; rising energy prices and the urgent need to reduce carbon emissions to reach net zero by 2050.

Energy bills are going up because the energy price cap – the maximum price suppliers in England, Wales and Scotland can charge households – is being raised. Energy firms have been able to increase bills by 54% following the introduction of the new cap on 1 April.

A report by the bank Investec has warned domestic household bills could reach £3,000 a year.

The Cost-of-Living Crisis… a daily struggle to exist!

The Resolution Foundation expects the number of homes facing “fuel stress” across the UK to treble to 6.3 million, and says pensioners and people in local authority housing will be hit hardest. Food prices are also rising, and an increase in National Insurance in April will leave millions facing higher tax bills. It warns UK households are facing a “cost of living catastrophe”. More households are expected to struggle because of bill increases.

In general, people are worried about how they can reduce energy use in their homes to save money and take action in the fight against climate change.

The Resolution Foundation expects the number of homes facing “fuel stress” across the UK to treble to 6.3 million, and says pensioners and people in local authority housing will be hit hardest.

In order to reach net zero, we need to rapidly insulate our buildings and homes as well as redefine the way we heat them, by phasing out gas boilers for both heat pumps and expanding local heat networks. If we insulate buildings well, they are more energy efficient, needing less energy to keep them warm. For a low carbon heating system to work efficiently, upgraded insulation levels is an important first move.

At a local level, neighbourhood planning provides opportunities for community groups to understand how they can transform their local area to become more resilient in both energy usage and climate change impact, in order to mitigate energy price volatility, or by using income from community-led renewable energy infrastructure to invest in local assets and services.

Electric heat pumps, a key component in the drive to electrify everything, are so efficient at converting power to heat that even if the power grid ran entirely on gas, heat pumps connected to it would use less than directly gas-powered boilers. The clean energy transition must not stop with electrification; Decarbonizing the grid network is also a significant part of the equation. As is insulating homes to lower overall demand for heating and cooling needed in the first place.

Heat pumps are not the only solution, but they are pretty close to a universal solution for both home and commercial heating needs. The International Energy Agency estimates that heat pumps “could satisfy 90% of global heating needs with a lower carbon footprint than gas-fired condensing boilers.” Heat pumps are prominent in colder climates, embraced by Nordic countries in particular where emissions-reduction potential is particularly high.

Heat pumps now heat less than 10% of buildings globally, hence there’s a long road ahead. This technology gap however offers significant market opportunities, focused on deploying both sustainable and efficient technology at scale. Doing so would reduce carbon emissions as well as dependence on gas (Russian or otherwise).

A clean energy retrofit strategy is the most practical immediate solution. it’s important to consider all the changes needed to make before making big retrofit home improvements in isolation or installing a new heating system. It’s also important to recommend homeowners get independent advice to understand the tangible benefit of home energy improvements.

A clean energy retrofit strategy is the most practical immediate solution.

How does the UK Govt current approach to energy prices affect cost of living?

The UK Government patently doesn’t want consumers to face higher bills for low-carbon innovations like heat pumps and solar panels. It also doesn’t want to use more taxpayers’ money to subsidise the rollout of green appliances in people’s homes, either. As a result, the government’s green agenda risks stalling before it begins in earnest.

Heat pumps, using electricity to heat people’s homes, are now becoming cost effective when compared with gas boilers. The UK Government has helped to a degree by removing the 5% VAT charge on heat pumps. It’s also subsidising new heat pumps to the tune of £5,000 a year – which also helps.

Both heat pump upfront and running costs have to fall. The government’s goal should be to use a mixture of these measures to ensure the upfront cost of a heat pump stays competitive once the current subsidy ends. The government should also exempt electricity consumed in heat pumps from the levy in order to boost the annual running cost advantage heat pumps enjoy over boilers. Denmark already does this, by giving consumers a discount on their electricity bills based on the average amount used in heat pumps.

The UK needs an ambitious plan covering all households – to reduce energy bills; improve energy security; reduce carbon emissions; create green jobs and spread the benefits around the country, directly contributing to the government’s “levelling up” agenda. Neighbourhood planning is one component offering a constructive way forward to achieve the objectives of low-cost clean energy infrastructure, changing the current economic direction of travel, from recession towards economic growth, from Communities outwards.

From 23 May 2022, the Boiler Upgrade Scheme (BUS) application and payment scheme will open for installers to apply on behalf of residents and homeowners. The scheme includes £450m of government grants to help homeowners in the UK upgrade to low-carbon heating systems like heat pumps and biomass boilers.

For anyone thinking of switching to a heat pump, it’s critical to firstly improve the fabric of your home – including insulation and improved window glazing to ensure you’re getting the most out of that new technology. These improvements go a long way to improving the comfort and overall health of our homes.

To meet the growing energy demands while reducing emissions means 3 things have to happen: electric systems need to become bigger, cleaner, and smarter. What does that mean?

Electricity systems must become more flexible to support the growing share of variable power from solar and wind, and become more resilient to climate change. Flexibility can come from storage solutions, integration across regions, and optimising supply and demand. 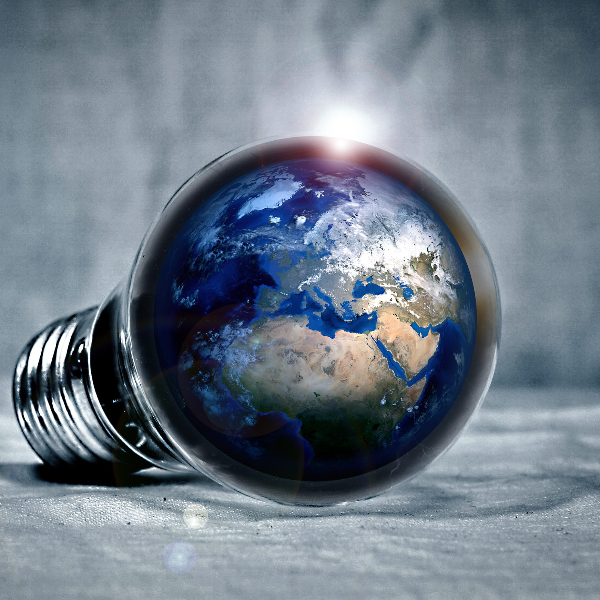 With Companies across a variety of sectors struggling to control their ever i... It’s the perfect partnership:  As Alan MacLeod, Founder and CEO, ... 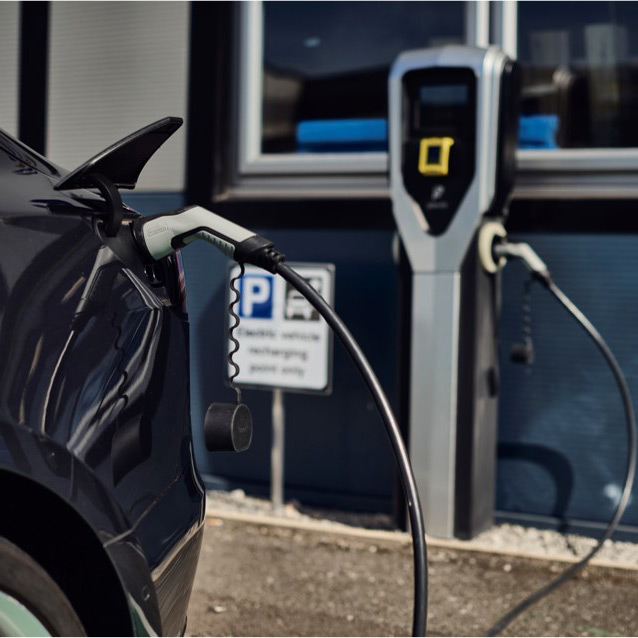 Sustainability and the Future of Mobility – A View from the UK - Junkies Maga... 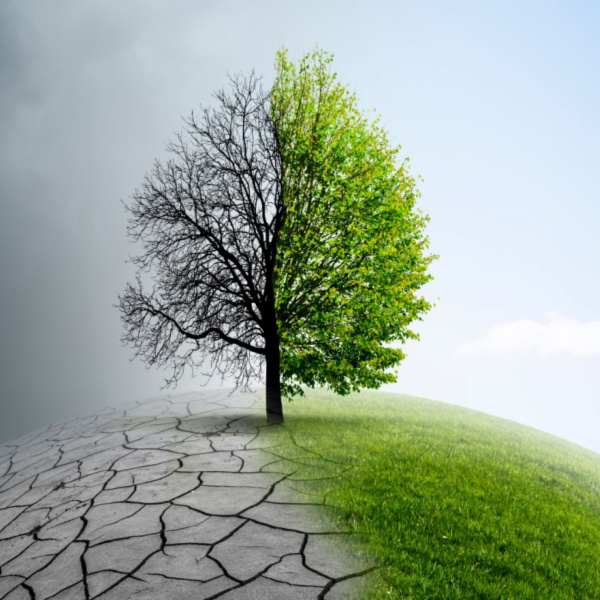